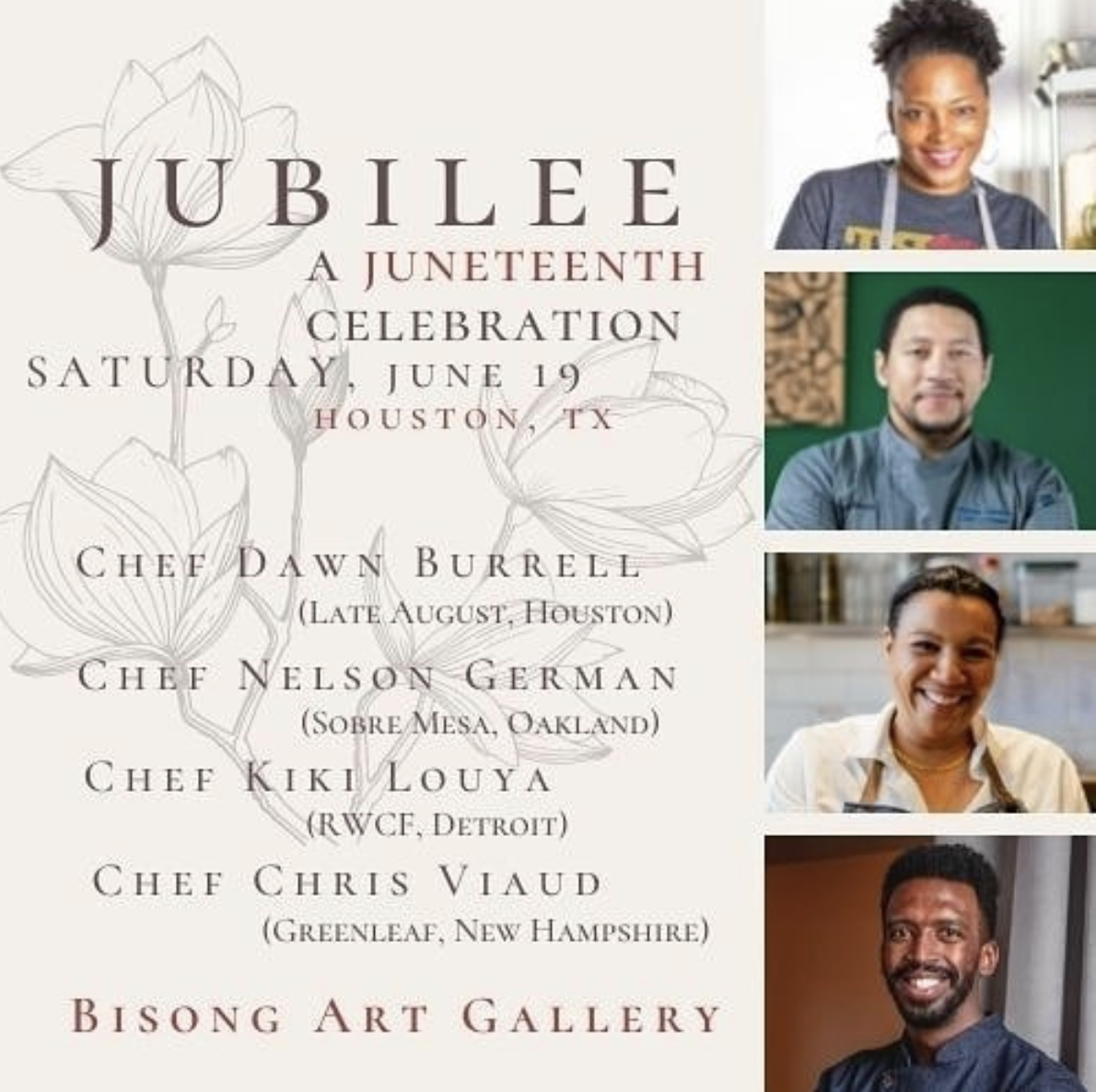 Following the recent commemoration of the Tulsa Race Massacre’s 100th anniversary, Juneteenth — an annual holiday celebrating the day enslaved Africans in Texas learned they were free, two years after the signing of the Emancipation Proclamation — is more relevant than ever before.

Now, more than a century and a half after its inception, we invite you to join us for Jubilee — an immersive five-course dinner experience that will celebrate the history of Juneteenth, while amplifying the idea of food and freedom throughout the African diaspora.

The dinner will be held at Bisong Art Gallery — the only for-profit contemporary art gallery in the city owned by an African American woman— on Saturday, June 19 from 7 – 10PM. Pre-dinner cocktails will be generously provided by Highway Vodka as well as wine pairings throughout the dinner.

Guests are invited to experience local artists Wayne Bell and others as they create unique pieces, live, that speak to their interpretation of the Juneteenth Jubilee. Each piece will then be auctioned off to benefit the evening’s charitable partner Lucille’s 1913, a non profit providing fresh, nourishing meals to underserved communities, schools, and elderly residents throughout greater Houston.

Local ranchers, fishermen, and farmers will be highlighted from opening bites to dessert keeping in the spirit of community and tradition.