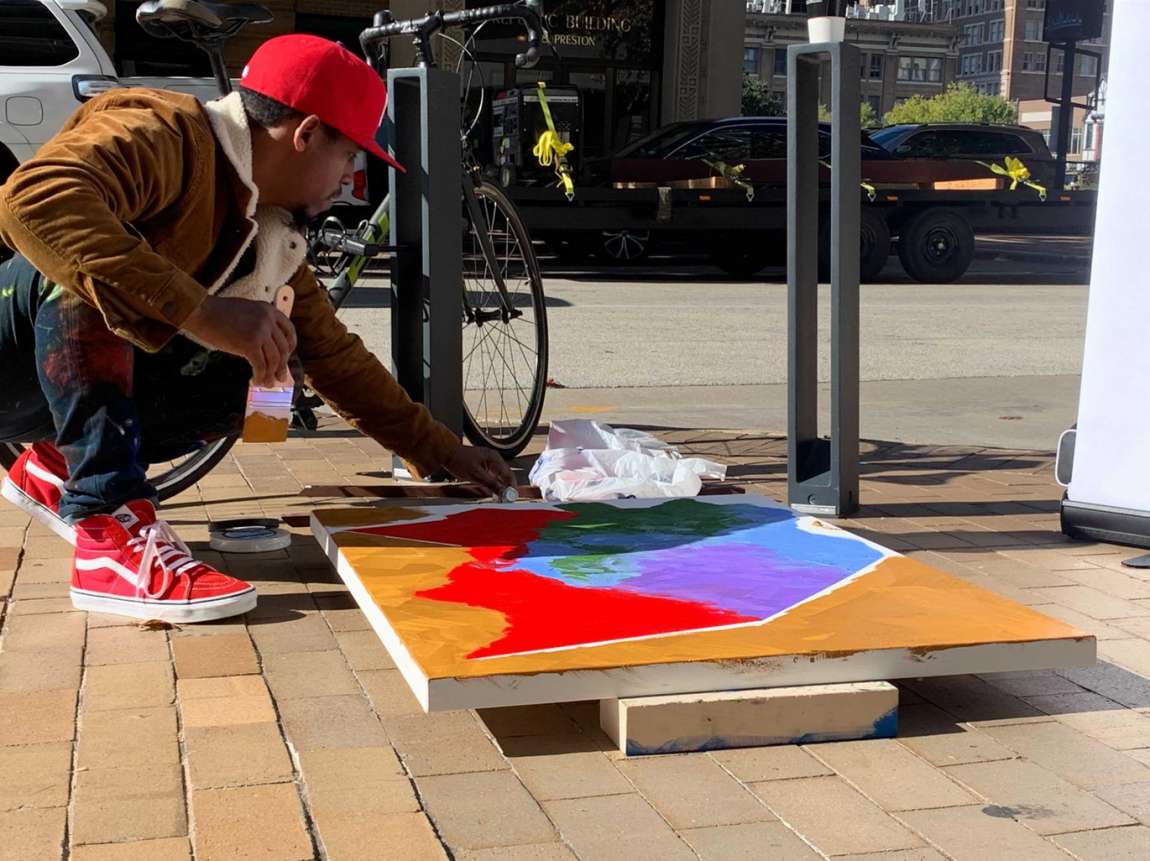 Wayne J Bell, 36, paints a rendition of the proposed Unity Map drawn by Houston in Action on Oct. 28, 2021, outside the Harris County Administration Building.

As Harris County leaders prepared to squabble over proposed maps that will reshape precinct lines for the next 10 years, advocacy groups demonstrated outside the downtown administration building Thursday to promote their vision of an equitable map that prioritizes marginalized communities.

Top on the list of priorities is that “communities of common interest” be grouped together by district so that each commissioner will have an incentive to truly take heed of constituents’ needs — if that official hopes to be reelected.

Voting districts at every level of government across the United States, are often drawn in partisan ways that benefit an incumbent’s reelection chances or strengthen a party’s footing in certain areas — a process known as gerrymandering.

“We’re advocating for a commissioners court that reflects and understands the issues that marginalized communities face on a daily basis,” said Juan Cardoza-Oquendo, director of public policy at Houston in Action, a coalition of grassroots advocacy groups. He cited criminal justice, immigrant rights, pollution and infrastructure among other key issues for the organizers.

“Our proposal is a starting point for conversation, it’s what we want our commissioners court to look like based on our communities of interest,” Cardoza-Oquendo said.

When the U.S. Census Bureau released 2020 Census data in August, it set the stage for redistricting fights over proposals that have stirred controversy in the Texas legislature and prompted lawsuits accusing legislators of racism.

Houston in Action built its map after the coalition spent six months meeting with dozens of community leaders to identify common threads and priorities. The organization mapped 43 communities of interest, loosely based around neighborhood boundaries, that would become the foundation for how they divided the four precincts. While common interests in those communities often fell along racial lines, other characteristics the mappers looked for were shared economic status, environmental concerns and more.